Detectives are searching for four ‘wash wash’ individuals who are said to be part of a wider organization involved in the unlawful manufacture of counterfeit money.

Three of the suspects were recorded in video recordings circulating on social media giving one of their collaborators a dog’s thrashing after he went partying and displayed a lot of notes accompanied by a bevy of beauties, disclosing their nefarious transactions.

The accomplice who appeared intoxicated in a drinking spree, flaunted the money as he promised the seemingly excited women, an adventurous and fun-filled trip to the coast.

Their plans however went up in smoke and ended in premium tears for the man, when his accomplices learnt about his escapades. They stormed his house and descended on him mercilessly accusing him of disloyalty, betrayal and not ‘working smart.’ 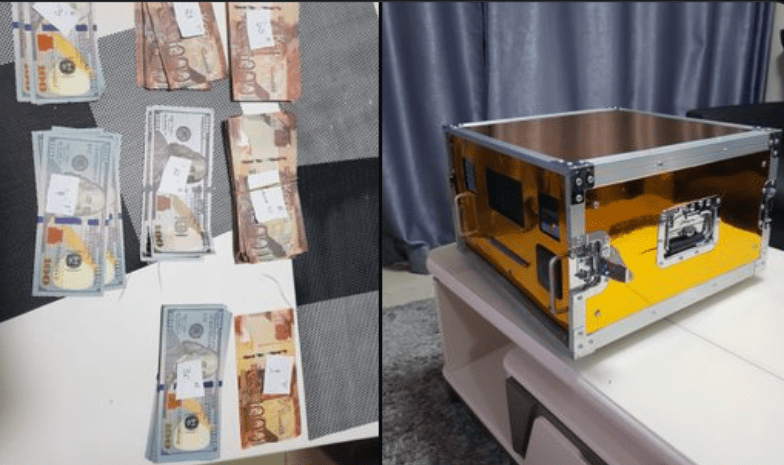 Na huyu kinyozi kwani anaspecialize tu na drug dealers/wash wash gang? First it was Kabogo, now it’s Sonko…. he must be a money launderer too. Otherwise which other barber has ever afforded a Mercedes van? pic.twitter.com/VebqAKKeyj

The three are believed to be part of a syndicate that is behind the rising cases of money laundering, commonly known as wash wash.
Several fake US dollar notes in denominations of 100 and a machine believed to be used in developing the fake notes were found in the house, pic.twitter.com/36qf5n0mps

This is where the "Wash Wash" Business started in Kenya. 🤭 pic.twitter.com/m4goGSfstP

South Africans are buying NEW (showroom) cars for themselves. In Kenya, youths are voting for criminals and wash-wash gangs who’ve destroyed the economy leaving them no choice but to immigrate to do odd jobs in America. Who cursed us? pic.twitter.com/hmcGNsHfZ7

DPP Noordin Haji admits he is held hostage by Politicians