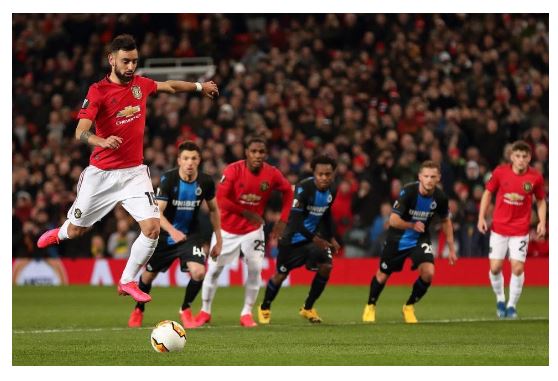 UEFA’s head of refereeing defended the high number of penalty kicks awarded at Euro 2020 so far and said they were the result of effective use of VAR technology rather than generous awards.

The group stage produced 14 penalties which is two more than in the entire 2016 tournament.

“There is more accuracy for sure and before the VAR project there were many, many fouls in the penalty area missed by referees,” said Roberto Rosetti, UEFA’s chief of refereeing.

“Now it is impossible to miss these (such as) a clear step on the foot in the penalty area and with VAR it is very easy to assess,” he added in a briefing with reporters.

Rosetti said that a step on the foot, which has been punished in several cases in the tournament, was a foul but former Serie A and international referee Rosetti said that officials wanted to have a high bar for penalty awards.

Rosetti highlighted the decision not to award a penalty for a slight step on the foot of Raheem Sterling in England’s match with Scotland as an example of not punishing “marginal” or slight contact.

The Italian praised the use of VAR in the tournament which European soccer’s governing body UEFA says has been quicker and less disruptive than in some competitions.

“We know very well the strength but also the limits of the project. We know it’s not an easy project. We know what happened in some countries from a not correct use of this project,” he said, adding that the system needed “top and expert pilots”.

One innovation in this tournament has been the addition to the VAR team of a dedicated offside VAR assistant, which UEFA believes has helped speed up decisions.

So far the system has made 12 corrections of decisions — seven direct corrections, five on-field reviews — and has undertaken 179 ‘VAR checks’. UEFA says on-field decisions have been 91.6% correct.

“We need to find the correct balance…. our target is to keep football like it is – we cannot, it is not acceptable, to increase… to study all the minor pushing or pulling, or minor and marginal contacts in the penalty (area),” he said.

“The laws of the game are clear. We want minimum interference for maximum benefit. We want to intervene for clear and obvious mistakes.”

January 14, 2022
Why Suicides Are Rising Amongst Teachers In Kenya

Why Suicides Are Rising Amongst Teachers In Kenya

January 14, 2022
Why Suicides Are Rising Amongst Teachers In Kenya

Why Suicides Are Rising Amongst Teachers In Kenya