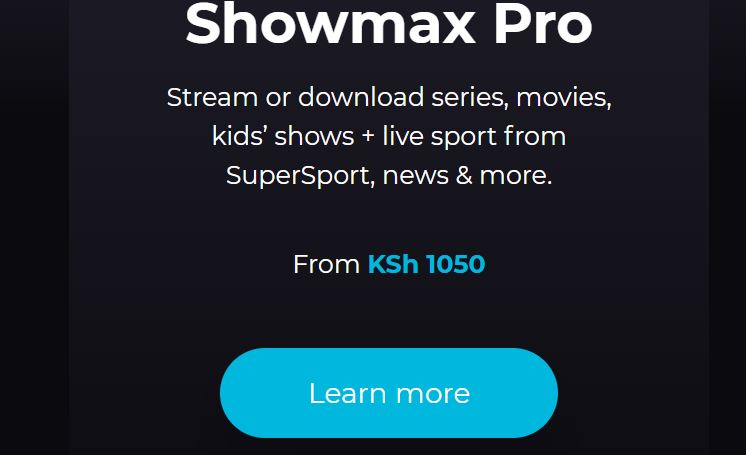 Football fans who like to use their phone to watch live matches and highlights have had a rare chance to stream Euro matches on Showmax Pro, a tournament that kicked off on Friday 11, 2021.

The Euro 2020 was deferred by a year following the outbreak of Covid-19 early last year, but Showmax will continue bringing you the true experience of European football, as we head into the knock-out stages of the competition.

Go to https://www.showmax.com/eng/welcome/ke to sign up for Showmax Pro to watch the remaining Euro 2020 games, plus access all the usual Showmax movies and series in between.

You can also watch live sports from SuperSport on your phone. Telkom will give you 30GB of mobile data plus a Showmax Pro Mobile subscription for N1,200 per month.

Showmax has been in Kenya since 2015 and they have captured the market with some of the best local shows like Selina, Kina, Kovu, Njoro wa Uba airing on the Showmax standard plan, and this year, they delivered their first original series shot in Kenya, called Crime and Justice.

January 24, 2022
Wondering What Your Dreams Are About? Here are the Symbolic Meanings to Various Dreams – Hivipunde

Wondering What Your Dreams Are About? Here are the Symbolic Meanings to Various Dreams – Hivipunde